Culture Coin |  history in the making

We all know that North Staffordshire (The Potteries) is famous for one thing.  You guessed it – pottery!

As a bunch of creatives here at ‘thescapeartists‘, we set ourselves a challenge – to evolve the next generation of ‘Counter Coin’.   Moving it away from being a ‘plastic’ coin, which was expensive to produce, and with the tendency to scratch and deteriorate, we came up with the idea of making the coin from Staffordshire clay – as a ceramic ‘Culture Coin’.  Something that was cheaper to produce, using local materials and methods had more local heritage significance, and something that would uniquely depict each of the seven local home towns – Stoke, Newcastle, Burslem, Tunstall, Fenton, Longton and Hanley.  Perhaps something that local volunteers would enjoy making themselves – making their own money! 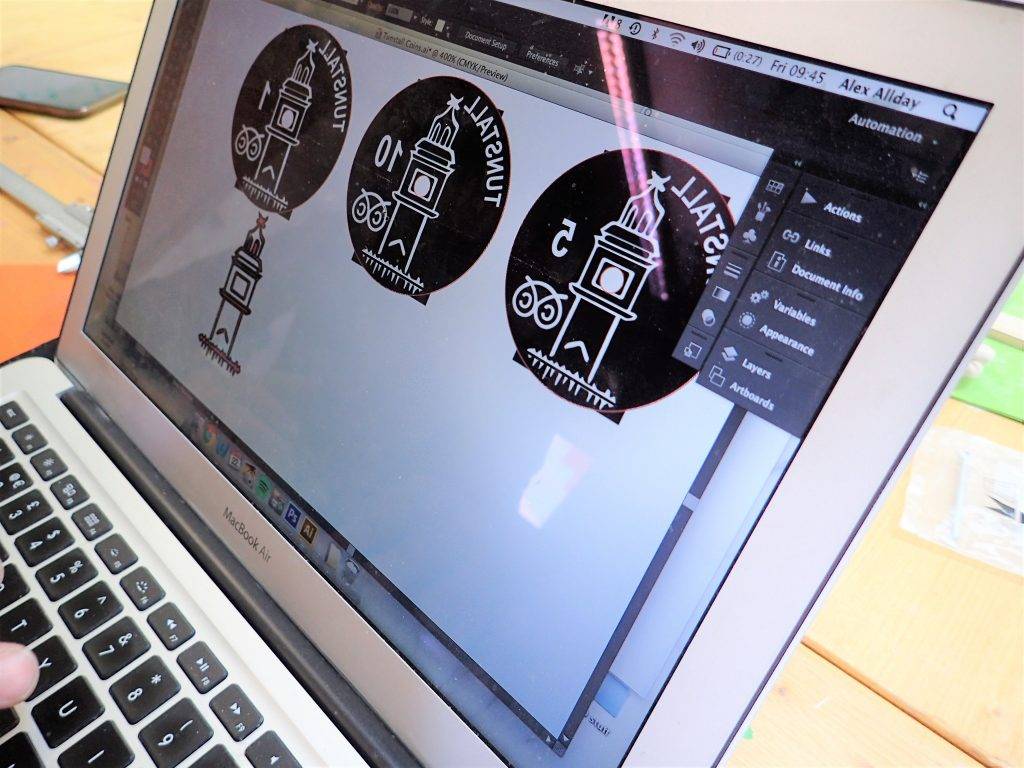 After a ‘DESIGN’ Workshop session at Cultural Squatters (the new community cafe and events space in Newcastle) – held in conjunction with local ceramic and pattern design artist Alex Allday, we engaged local community and volunteers to draw up their own design ideas, which they felt represented each home town.  Ideas ranged from landmarks like Longton railway bridge, to famous people like Robbie Williams, to local inventions like The Spitfire, to local buildings like the town halls and even modern ones like NUL College!  A social media vote, decided the most popular designs.

Teaming up with Counter Coin partner Wavemaker, we then set about interpreting the pencil sketches into electronic images, under the watchful eye of pattern designer Alex, we committed the designs to the technology wizardry that is Wavemaker’s speciality – using their laser cutter to etch out the chosen ‘most liked’ favourite designs. 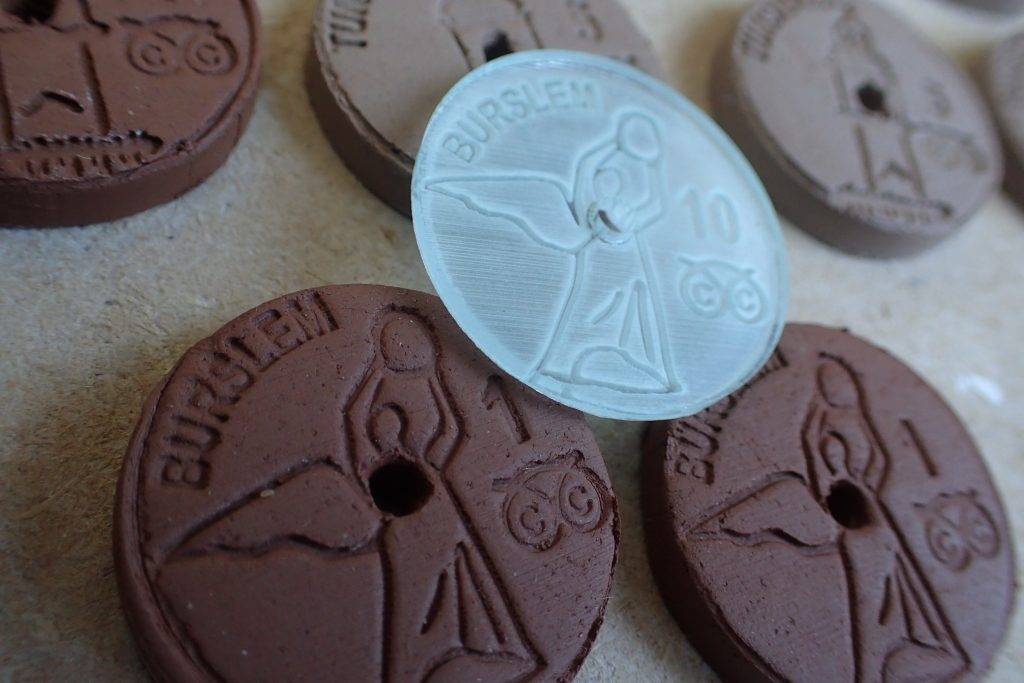 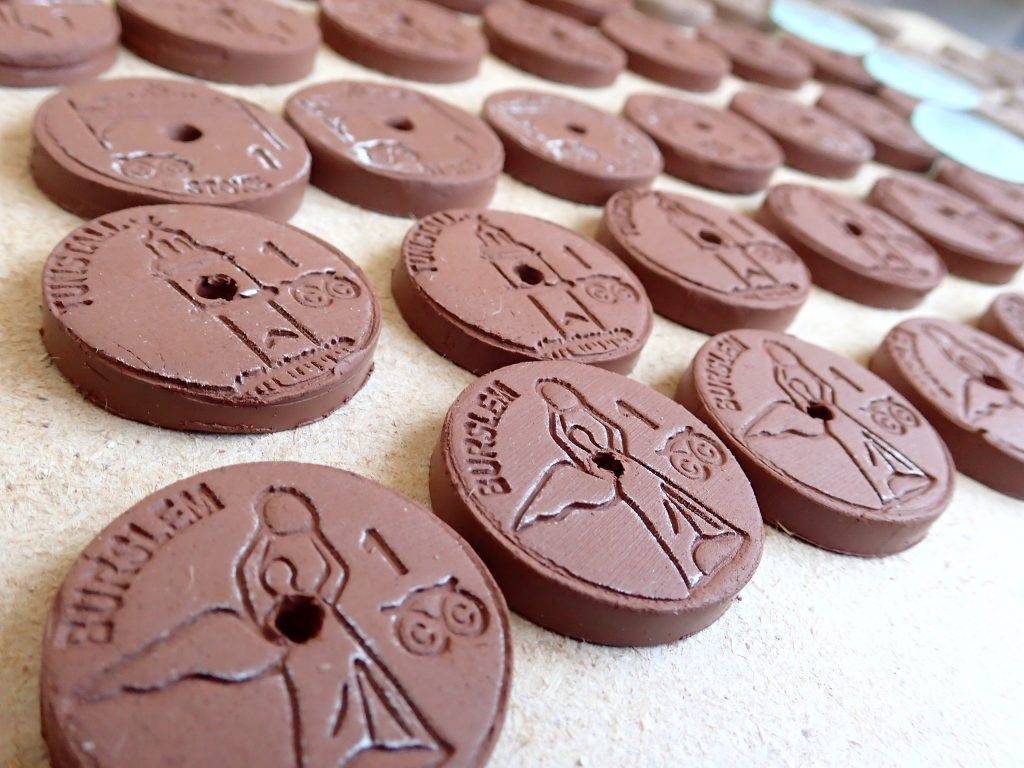 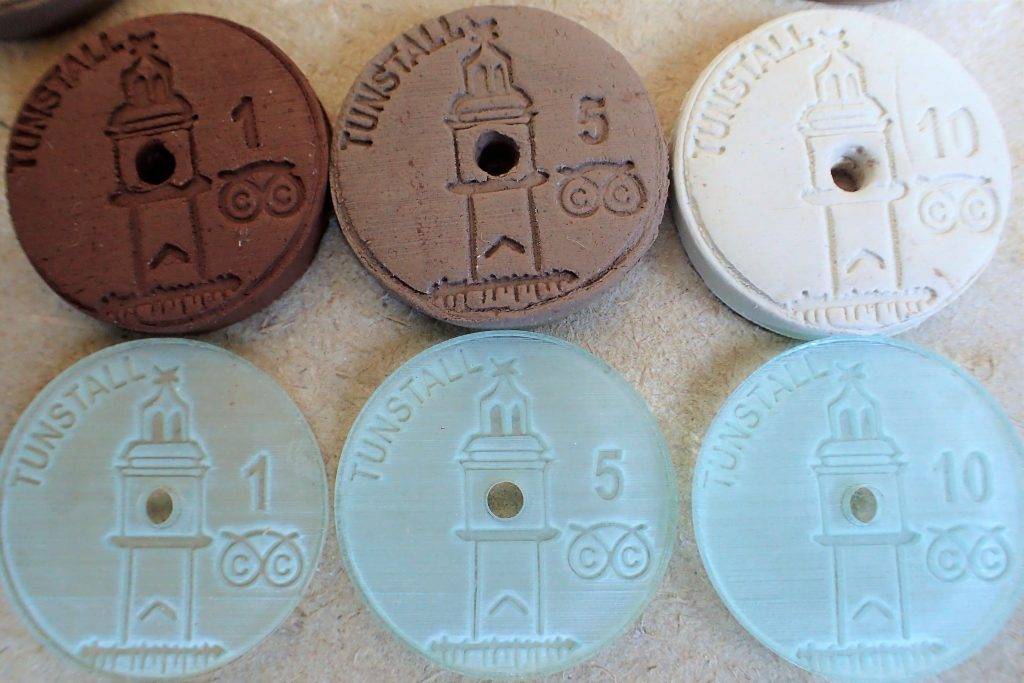 Join Human-Nature Escapes and local ceramic artist Alex Allday making the ‘New Money’ at a community and volunteer ‘MAKE’ workshop on 1st August 10am to 2pm – more details on Eventbrite.

Check out our earlier post to learn more about Counter Coin and how you can support and use Counter Coin as an ‘issuer’, ‘volunteer’ or ‘redeemer’.